Start to enjoy the benefits 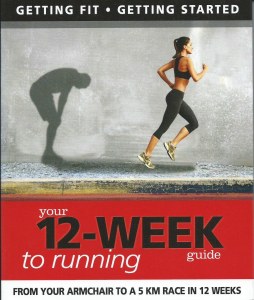 WEEK SIX
You’ll already be starting to feel better and fitter. This is what you’ve been working for…

There’s an example of a man who so loved takeaways and meeting his friends for a beer that he decided to take up exercise. “Hang on,” you might be thinking, “that doesn’t make the slightest bit of sense.” Ah, but you see, his logic was blindingly simple, if a little odd: “As I get older all this fried food and beer is adding weight to my stomach I don’t want, so it’s either give up what I love or take up some exercise that allows me to continue eating and drinking what I please”.

Now, while he realized this sort of argument was unlikely to be found in any fitness manual, he figured that doing something was better than doing nothing at all. He slowly started exercising and even began to enjoy it, and then one day in the office canteen he found himself ordering a healthy chicken rice and salad instead of the usual burger and fries. It wasn’t as if he had suddenly become all pious and ‘found health and fitness’, it was simply that the running was having added positive effects and his body wanted something better to fuel this new-found exercise.
Setting a goal (such as running 5 km) will set your subconscious to attract things to support the goal. As you get into training and maintaining focus on the goal, you may find yourself drawn to new strategies relating to nutrition, kit, or running techniques and so on.

As we stressed at the start, trying to change too much in your life at the same time is simply likely to lead to you giving up altogether. Starting exercise is a positive step already so there’s no need to change everything. However, as the story above highlights, other positives are likely to follow. You may have already found yourself skipping your ‘one for the road’ glass of wine because you want to feel clear headed for your run in the morning, or maybe you have started drinking more water in the day. Don’t force changes, no matter how enthusiastic you may be feeling, simply keep focused on training and the end goal and these other positives will start to follow.

For now, enjoy the benefits you are hopefully starting to feel already from exercising, such as sleeping better, waking up feeling more refreshed (if a little stiff) and feeling less jaded during the working day.

Now onto your target goal: you running 5 km. There are still a few weeks to go, plenty of time to get those muscles ready, so if you haven’t already done it then now is the time to start thinking about where you will complete your challenge.
The obvious thing, and certainly the most fun, is to identify an organized race that coincides with your target date and enter it. There are numerous organized races, all widely advertised, so there’s likely to be one near you, although it would be more fun to celebrate your challenge with a weekend away somewhere that has a race. Grab your partner, family or friends (or all of them!) and head for the coast, mountains, big city, wherever it is that excites you the most. This will also give you an added spur in the coming weeks.

Entering an organized race gives you the added benefit of support, with water stations, marshals for road safety and, of course, the distance has been measured out exactly. Although there are some specific 5 km events, many of these races are likely be attached to a full or half-marathon race or linked to festival or special regional weekends where there are a series of different events. These races are usually well supported and are packed with people running their first race. Most races are held on weekends so there should be no problem finding one that falls on a Saturday or Sunday of Week 12 of your training programme.

If, however, you really do draw a blank with a race date, or just prefer to keep this as a solo exercise, there is no problem in organizing your own ‘race’. It’s easy enough to measure out your own 5 km in a car or on a bike in advance, then come ‘race day’ it’s down to you, your legs and a stopwatch.

This entry was posted in ., 12-Week Guide to Running and tagged Daniel Ford, Running, Writing.

From a busy lifestyle to race day

It’s pretty simple: if you do not train consistently you will not see the improvements or get the results you want in your running. The biggest obstacle you can face in getting consistent runs under your belt is a busy lifestyle. But it’s not impossible to go from thinking you don’t have time to even breathe to training hard, entering a race and, who knows, even hitting the infamous ‘wall’ yourself one day.

In general most people have to fit their runs in around family and work. This is where you have to be creative. Many runners get their long Sunday runs out of the way before anyone else is up so not to impact on their family life. Even if you do run early, as long as you eat properly after training you will feel great for the rest of the day. Other tips are to run into work, or if you live too far for that then get off the bus or train en route to work and run in the rest of the way. If you pick your children up from school, try to go early so you can run near to where you are picking them up. If you take them to after-school clubs take your running shoes with you. Get your training days established with gentle jogs before you start the running programme. You will soon discover there is time to run.

In simple terms be organized. Have your running kit and everything else you need prepared the day before. Know what is provided at the race and what you will have to take (you will need pre- and post-drinks and food, and for the long races a comfy pair of shoes to put on after the race). Have all this in your running bag so there are no late panics.

If you are racing away from home and need any accommodation make sure it is pre-booked and you know the logistics of how you are getting to the race line, where you leave your running bag, where you are collecting your bags from, and how you are getting back. The big events are incredibly well organized but if you have 30,000 runners heading towards one start line, there will always be some problems getting there.  Allow plenty of time to get to the start as you do not want to be stressed before a race and use
up valuable energy.

For the half- and full marathons a warm-up will not be necessary as you should start slowly and build your pace gradually. For 10 km runs you will need a good 15 minutes warm-up, building up to race pace for the last few strides. Add a gentle pre-stretch and then you will be ready for the off.

When you were worried about your busy lifestyle, you never thought this would be a problem did you? In reality the wall should only be a problem in the marathon. In simple terms, hitting the wall happens when your glycogen levels (carbohydrates once they have been converted) start running out. Glycogen is your main source of energy when running endurance events and once this is depleted your body will revert to using fat stores as energy, which can leave you feeling very flat and unable to perform at the same intensity. This typically happens at about the 30 km (about 19 mile) mark because a body can only store approximately 2,000 kcal of glycogen, which runs out at about this distance.

You can get your glycogen levels up with sports drinks and gels. The general rule of thumb is to take a sports drink before the race and a gel every 6 km (about 4 miles) or so. However you must try this in training (your long runs are an ideal time to practice) and carefully follow the instructions on the gel pack. They all vary on frequency of use, some have caffeine in, which may not agree with you, and you will need to drink water soon after consumption for most gels.

The other way to prevent your body hitting the wall is through training. By training aerobically for long periods of time your body will adapt and get used to using fat as an energy source earlier. This will then enable you to preserve some of the glycogen stores for longer.

This entry was posted in ., Running: Serious About Your Sport and tagged Daniel Ford, Fitness writing, Running.